Born in Cannes, it's a pleasure to describe some essential places to visit:

Well known around the world, Croisette promenade, was only a small winding path during its construction in 1860.
Gradually, the esplanade saw the establishment of palaces (Carlton hotel, Majestic hotel, Martinez hotel), many luxury brands and the Convention Center in 1982.
The landscape is gorgeous on the bay of Cannes, Lérins islands and Esterel massif in the background.
Public and private beaches border are located in this area.
In the east side, Croisette promenade leads to Cannes Canto harbor, the famous Palm Beach casino and Mourré Rouge beaches.

Inaugurated in 1982, it quickly became legendary because of its famous red steps which are followed by the stars of the films of the Official Competition during the Cannes Film Festival.
The building has 35000 sqm. of exhibition space and some screening rooms. The best known remains the Grand Théâtre Lumière which is accessible after the climb of red steps.
It is the place for all trade shows taking place in Cannes, such as, the International Games Festival, the world’s leading property market (MIPIM), the global TV and digital content market (MIPTV), the World’s entertainment content market (MIPCOM),  The world’s most inspiring creative Festival (Cannes Lions), the Yachting Festival, the Tax Free World Association (TFWA), the international retail property market (MAPIC), the International Luxury Travel Market (ILTM), the TRUSTECH (Incorporating Cartes).

The Suquet is the oldest district, built on a small hill overlooking the harbor, when Cannes was a mere fisherman village.
Today, a charming atmosphere emerges as you walk through the narrow, dark alleyways from the Forville market below.
At the top of the hill, stands the Suquet tower, the remaining part of an old medieval castle become a museum and the Church of Notre Dame de l’Espérance.

The area where our building is located has benefited from an embellishment plan voted by the Cannes City Council, which has offered new public spaces.
It is the place to find many great restaurants and bars as well as world famous luxury brands.
It is the link between the commercial area of Rue d’Antibes and Croisette esplanade.

Lérins Islands, located in the bay of Cannes and accessible by public boat are made up of Sainte Marguerite Island and Sainte Honorat Island which is the smallest island and the most offshore.
They are islands preserved from all constructions, which makes it a particularly wild and charming place.
On Sainte Marguerite Island, there are, an old fort, which was a prison under the seventeen century and a pond where it is possible to observe all kinds of wild birds.
On Sainte Honorat Island, there are, an abbey, an old basilica and vineyards always exploited by a community of monks.

Californie hill is the most residential area of Cannes.
At its summit, in the middle of an old water tower and an old observatory, landscapes of the bay of Cannes and the Esterel massif, are gorgeous.
Throughout the nineteenth and twentieth centuries, wealthy families have established luxurious villas with gardens, all in a wooded hill.

In the west of Cannes, Croix des Gardes area, was originally nicknamed the district of the English.
Indeed, in that place, famous English Lords built the first villas from 1860.
Some have become private residential buildings (Palais Vallombrosa) but some properties are still open to the public as the villa Rothschild, become property of the city of Cannes which has set up its library.
Part of the hill is property of the French Environment Agency in order to preserve the site of all real estate constructions.
In the middle of the classified 80 hectares, paths and a health trail are open to the public. 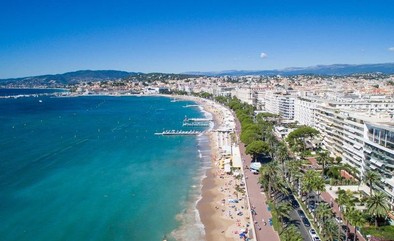 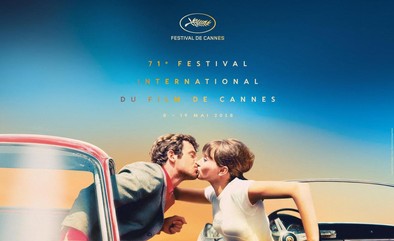 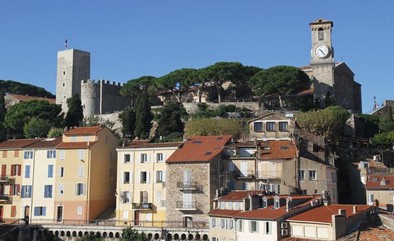 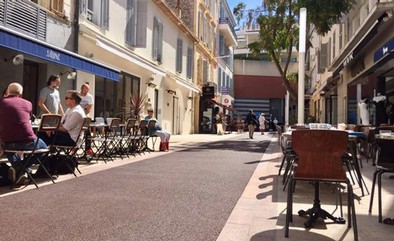 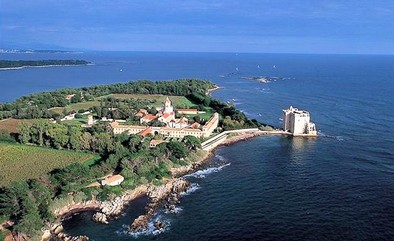 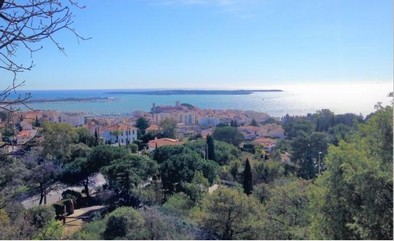